Projector And Mini Projector: Comparison Of Devices, Check Before Buying 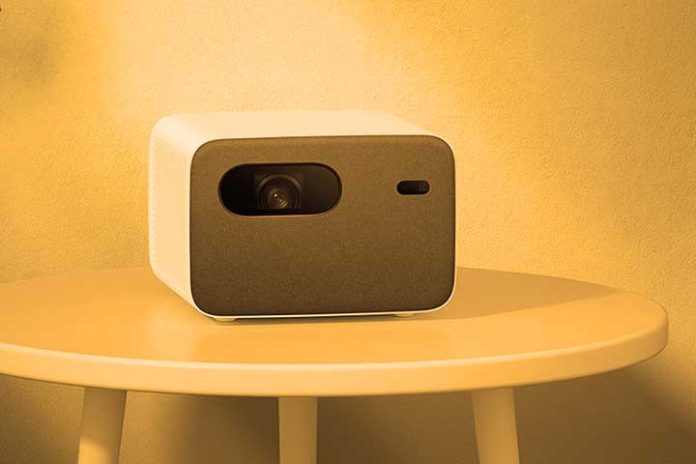 One of the best-selling technological devices during these Christmas shopping dates, especially during Black Friday week, is the movie projector. Until not long ago, projectors were used for educational or professional purposes, but today this optical device represents a new way of viewing series and movies, sharing presentations or playing video games in any space and with good image quality.

In today’s article, we tell you all about cinema projectors, the standard projector and the mini projector, and we talk in detail about the Samsung and Xiaomi projector.

There are several types of projectors that work with different technologies, highlighting 3:

The main difference between a standard movie projector and a mini one is, apart from its size, that the latter stands out for being cheaper and is usually portable. These are pocket projectors, micro projectors, and mobile or compact projectors.

The mini projector offers the convenience of transporting it anywhere, complementing professional trips, and offering connection facilities since they usually work through an app.

However, this type of projector has limited light output, so there are better options than this one if you want to view content with the quality that a standard projector or television can offer.

Xiaomi is one of the leading manufacturers of projectors, running out of stock on its first day of promotion during Black Friday. The Mi Smart Projector 2 Pro is its latest release. It is a projector with an improved generation in image quality that stands out for its FullHD resolution of up to 1,920 x 1,080 pixels.

One of the features that the manufacturer highlights are the 1.1:1 projection ratio, which offers greater flexibility in viewing distance so that it can be projected in both large and small spaces.

The Xiaomi projector has a 4-channel light source and up to 1300 lumens, which provides a sensory experience when viewing content thanks to its improved brightness and colour in the image, even in projections during the day with natural light.

Xiaomi sells other projectors, including the previous model, Mi Smart Projector 2 and the Mi Smart Compact Projector. They all work with the Android operating system, with the ease that this implies, since just like on a smart TV, you can access your streaming apps directly from the remote without needing a connection through a mobile phone or tablet.

The multinational Samsung has launched in the last year a mini-projector awarded the Gold Award at the iF Design Awards 2022. It is a portable projector with a 180-degree rotation mechanism, which allows content to be viewed in any space, whether walls or ceilings.

A feature to highlight and reason for the award received is the lightweight and minimalist design, which makes it easy to carry and hold with just one hand. It can be used indoors and outdoors, as well as a Bluetooth speaker, like Xiaomi, or as an ambient lamp since it emits light in various colours. In addition, it is compatible with Alexa.

Another aspect to highlight is its autonomy, with up to 20,000 hours of light, being compatible with external portable batteries to charge it.

Samsung’s projector also automatically adjusts and levels the image, so it will permanently look stabilized, whatever the surface. For this calibration, it will be necessary to have the Smart Calibration app installed.

In addition, it is possible to share the content of your mobile through the Samsung SmartThings application, an app developed by the company to control all the smart devices in your home.

We hope this article has helped you to learn about the types of leading projectors on the market, highlighting the Xiaomi and Samsung projectors. Feel free to comment with your opinion if you have already tried them.