HomeTECHNOLOGYThree Reasons Not To Be Afraid Of Autonomous Driving
TECHNOLOGY

Three Reasons Not To Be Afraid Of Autonomous Driving 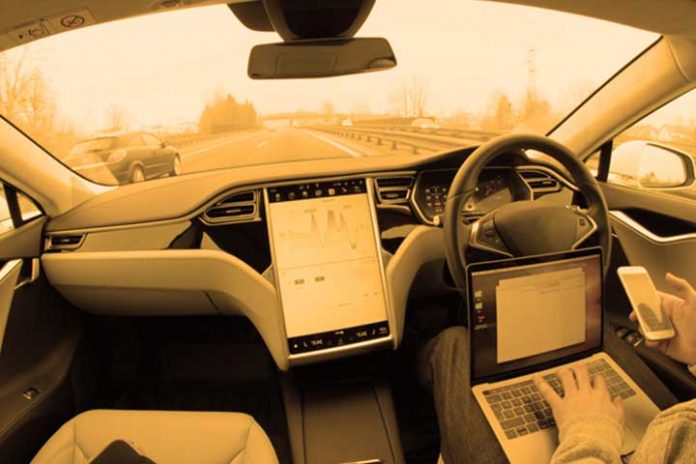 61% of the population categorically refuses to use an autonomous car. However, errors come more from human beings than from machines!

Much has been said about the dangers of self-driving cars. The Guardian has written that this technology is entering “its most dangerous phase”: it is not mature enough to operate without our supervision but powerful enough to give us an illusory sense of security.

In a Harvard University article on artificial intelligence, it is mentioned that most self-driving cars have only been tested on small roads. Indeed, “the developers believe their programs are not sufficiently developed to assess the situations likely to arise in a real traffic context.” However, a self-driving car, even a dangerous one, has been deemed “better than a human driver.” Statistics from 2016 showed it: autonomous driving caused a single death while motorists caused more than 40,000.

Some restrictions limit the use of autonomous vehicles. For example, their driving must be twice as safe as that of human beings. Once the market is truly launched, Intel predicts the emergence of a $7 trillion industry by 2050. Its development would also save $234 billion in public safety expenditures.

Companies and even governments have agreed: but what do they know that users don’t?

A July 2018 poll by the Brookings Institution found that only 21% of people were willing to drive a self-driving car, and 61% were adamantly unwilling. Meanwhile, the Pew Research Center found that only 39% of Americans believe automated cars will reduce deaths, and 87% believe a human should be present to drive a car, whether self-driving or not. This poll reported that more people were “worried” than excited about autonomous driving.

But then, why this concern? Just as humans fear robots taking their jobs, they fear that the self-driving automobile will reduce their control and impact their environment. Yet the Washington Post points out that 94% of car accidents are caused by human error, which means this idea of ​​control is just an illusion.

Why should we embrace this technology?

If it is still easy to resist autonomous driving today, it will soon become part of our daily lives. And here are three reasons why that’s a good thing.

The global economy will get a boost

Intel’s forecast means that “computing intensity” will double. This will involve in-vehicle services and business and consumer mobility as a service. As WIRED’s Alex Davies explains, “If you want to get a job in this new self-driving economy, bet on IT and data crunching.” This means that if our fears of seeing robots steal our jobs are justified, there will be other jobs to replace them and allow us to continue working.

While self-driving cars will be able to deliver Amazon packages even faster than their human counterparts, the benefits don’t end there. The logistics industry has already been affected: it is estimated that platooning trucks will reduce delivery times and up to 10% in fuel costs. Rob Cook, vice president of technology and solutions at Sheer Logistics, a logistics provider, says, “The benefits of automation go far beyond efficiency and cost savings. Autonomous vehicles follow safety protocols to the letter and can drive in the middle of the night when traffic is flowing. This means fewer tired truck drivers, faster deliveries, and a likely reduction in accidents. »

Companies will be able to streamline services

Local businesses will also benefit from the advantages of self-driving cars. Pizza delivery people and couriers, for example, could be faster and more economical. Experts are also considering projects such as self-driving bookmobiles, gyms, and hotels, which could foster the sharing economy currently being driven by Airbnb rentals. Let’s not forget in passing that carpooling, the other axis of the sharing economy, is likely to become much cheaper.

The media has sometimes sought to warn about the dangers of self-driving cars, leading people to fear them without real arguments. Yet autonomous vehicles will benefit humans far more than they cost them. We have to let them take flight.