HomeGADGETSWhat Is ROM Memory, And How Is It Different From RAM?
GADGETS

What Is ROM Memory, And How Is It Different From RAM? 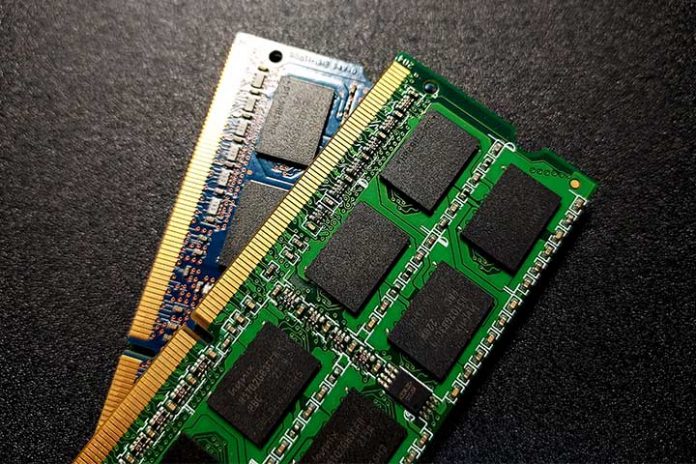 In every computer, there are different types of memory: the hard drive, the SSD, the RAM…

But there is another much less known: the ROM memory. Due to its similarity to RAM, it is often confused with it, but it fulfils a very different function in reality.

This memory is also present in other electronic devices, such as mobile phones, tablets, and game consoles.

That is why it is very likely that you have come across this term in the specification sheet of one of these products.

If you want to know more about this type of memory and how it differs from RAM, this article is for you.

What is ROM memory

ROM is a read-only memory, which comes from the English term: Read-Only-Memory.

This means that it is impossible to change or delete the data it stores. The system only accesses them to read them.

It is a type of non-volatile memory, so it does not need any power source to maintain the information. This allows you to continue storing data even when the PC or mobile is turned off, unlike with RAM.

Its primary function is to house the computer’s boot programming code. Thus, when we turn on or restart the PC, the ROM tells the system how to proceed so that the operating system loads correctly.

What is ROM used for?

As we have already mentioned, the main objective of the ROM memory is to ensure that the computer boots correctly.

But for this, it has to perform multiple functions. The most important ones are:

If the ROM were to fail, the next time we booted the system, it wouldn’t know what processes or applications to run first, communication between the hardware would fail, and we’d lose all the firmware updates we’ve installed over the years.

Hence, although it is not a well-known component, it is of the utmost importance for your mobile or PC.

How the ROM works

The ROM is like a small, long-lasting battery inside the PC.

It contains two primary components: a decoder and the OR logic gates. The decoder receives information inputs in binary form (0 and 1) and outputs them in their decimal equivalent.

Meanwhile, OR gates use that decimal output as input signals.

Its operation is based on a matrix. It contains a grid of rows and columns used to turn the computer on and off. Each grid element corresponds to a specific aspect of the memory chip. To interconnect these elements, a diode is used.

The input address is used to find the specific memory location when a request is received. The resulting value read into the ROM chip must match the chosen array element.

Main features of the ROM

From all that has been said so far, some characteristics that distinguish the ROM from other types of memories emerge.

These distinctive features are:

Each chip usually has a minimum capacity of about 4 MB.

However, these characteristics do not respond 100% to all types of ROM memory.

Over time, manufacturers have been adapting their chips to new technological needs.

For example, although initially, the ROM is read-only, the truth is that today they also allow their content to be rewritten.

This is what happens, for example, when we update the BIOS of our PC.

Of course, these modifications are usually reserved for the system itself and manufacturers or programmers. It is not something that any user with basic knowledge can do.

These are the types of ROM memory that exist

Among the most common types of ROM we find:

This class of ROM is the most widespread today.

The reason is that it allows the information to be erased and rewritten repeatedly and without the need to resort to ultraviolet light. Therefore, the writing process can be done without removing the chip from the computer.

The EEPROM allows you to erase the entire content or only specific areas, which is another advantage.

In addition to the standard EEPROM, there are two other subclasses:

ROM and RAM: How are they different?

We have already reviewed the most important characteristics of ROM memory. Now let’s see how they differ from RAM, a concept with which it is often confused.

RAM (Random Access Memory) stores data that the processor needs to access in real-time to function smoothly. But when the system no longer needs this information, it is deleted.

If it weren’t for it, the information would have to be recorded on the hard drive, and it would be much slower to read it.

Therefore, we can summarize the differences between RAM and ROM memory in the following points:

The main difference between these two memories is that while the ROM is used to execute the boot operations of the computer, the RAM houses the information of the programs once the operating system is already running.

The second big difference is that RAM is volatile and temporary. Once we turn off the device, the data is lost. This also happens when we close a program or application.

On the contrary, the ROM memory continues to store the information inside at all times, even if the equipment is turned off. Data can (and should) last for years without being erased.

Another critical difference is that RAM is designed for reading and writing operations.

While we handle the PC or mobile, the RAM constantly changes: written, deleted, modified, and overwritten.

ROM, on the other hand, is write-only memory. Once the manufacturer records the information, the system can only read it.

As we have seen, in reality, there are ways to alter the memory, but in principle, it is designed to store stable data, which hardly has to be modified.

There are also differences in their capacity.

ROM memory chips can only hold a few megabytes of memory. But the RAM this amount rises to several tens of GB for each module (generally between 4 and 16 GB in the case of PCs).

Lastly, RAM is much faster than ROM. Being a random memory, it can access any bit of information almost immediately, no matter where it is physically located inside the chip.

But the ROM reads the data sequentially, in the order, it is written.

Therefore, you have to go through all the data until you get exactly the information you are looking for.

As you can see, the ROM is essential for the proper functioning of the equipment. It’s not about choosing between RAM and ROM; each one fulfills its role.

Among the advantages of ROM are the following:

Also Read: 5 Common Laptop Problems And How To Fix Them

Projector And Mini Projector: Comparison Of Devices, Check Before Buying