HomeAPPSAlternative Apps To Chat And Not Depend On WhatsApp
APPSSOCIAL MEDIA

Alternative Apps To Chat And Not Depend On WhatsApp 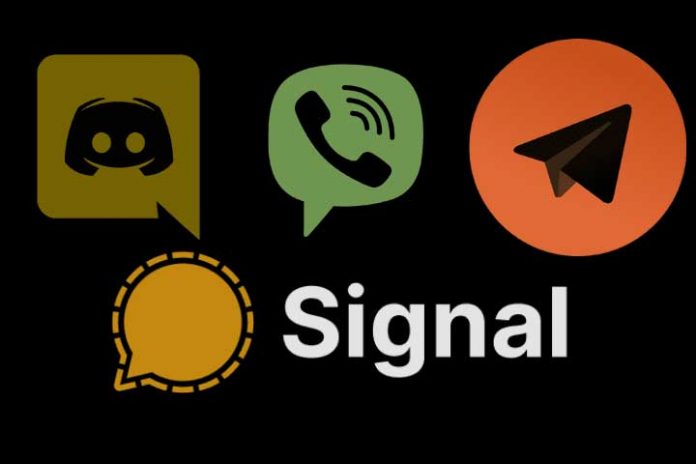 On October 4, 2021, WhatsApp, Instagram, and Facebook suffered a worldwide crash that lasted more than six hours. In the specific case of the instant messaging application, when users tried to send a message, a clock icon appeared, but it did not reach the recipient. In several countries, such as Russia, Italy, the United States, and Germany, TikTok was also down.

The first information about the incident pointed to a problem with the Domain Name System (DNS) and the Border Gateway Protocol (BGP). Simply put, users’ browsers wanted to go to the web, for example, facebook.com but didn’t recognize the path they needed to follow to locate the page. Luckily, there are several alternatives to WhatsApp so that, in case the service goes down, you won’t be incommunicado.

The best-known alternative for users around the world is Telegram. It is also a free instant messaging application. One of the main advantages it offers is the possibility of sending messages that self-destruct in a given period. The secret chat option also works through encrypted messages that do not leave the slightest trace on the servers.

Telegram group chats can have up to 200 members, which is a great plus point since WhatsApp only allows the creation of groups of up to 100 users. To all this, we must add that Telegram supports files of up to 1.5 GB in size, without any format restrictions.

Another alternative to WhatsApp is Google Hangouts. An instant messaging application that was born in 2013 and that comes pre-installed on almost all Android smartphones. It allows you to send SMS and make video and audio calls over the Internet, with up to 25 users simultaneously.

With Google Hangouts, it is possible to communicate instantly simply by providing your Gmail email address. Although the platform was designed for personal use, it can also be adapted to work and educational environments.

Although Line is not a well-known instant messaging application in Spain, it is the most widely used in Japan. It offers many advantages, such as free high-quality video calls. Users of this app like that it allows you to accept or not the people who add you so that you can reject contacts and groups.

It also works as a social network, with a timeline like Facebook. Online you can also receive comments and “likes.” The application is only available in English, but it is intuitive and easy to use.

And finally, Signal. Several studies reveal that it is the safest messaging application that exists. It stands out for its privacy since it only collects the users’ phone numbers. In addition, it has a very advanced end-to-end message encryption system, and it does not allow other people to take screenshots of the conversations.

In the same way as WhatsApp and Telegram, Signal allows you to create groups of up to 1,000 participants. It also offers the ability to send files of any size. Therefore, it is a great option to send large documents and photos directly and quickly.

As you can see, there are many app alternatives to chat with your friends and family without relying on WhatsApp.

How Does The WPO Affect The Operation Of Your Website?