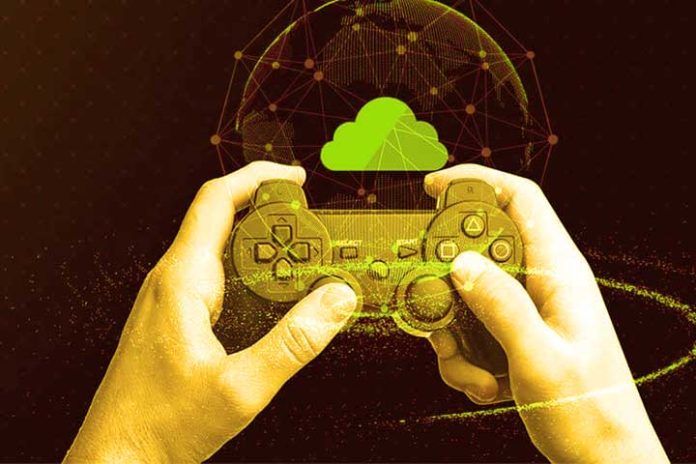 Cloud gaming services allow you to play your favourite games on any device connected to the Internet. So you don’t need to meet the recommended hardware requirements since you do it remotely: the game runs on servers backed with high-end graphics memory, which we stream. Do you want to know the best platforms to play in the cloud?

Play in the cloud, goodbye to the physical format?

The digital age has brought endless advantages to working with files you don’t have on your device. That is what the cloud has allowed: saving us time and sometimes money when using all kinds of services.

This has also reached the world of video games to the point that the power you have at home doesn’t have to be that much.

A good connection will be more than enough if you want to play all the titles of the best platforms in the cloud.

The best platforms to play in the cloud

This cloud gaming service, formerly known as xCloud, is included in the Xbox Game Pass subscription.

It allows you to enjoy the games included in the service’s catalogue (and some free games like Fortnite ) on all types of devices, to avoid the restrictions of having a console or PC at hand or needing to download the games beforehand.

Xbox Cloud Gaming is available on browsers, consoles, PC, and mobile and recently made its way to Samsung Smart TVs, both in 2022 and select 2021 models.

This platform is linked to Game Pass Ultimate and has two great advantages. On the one hand, games with touch controls adapted for mobile devices are constantly included in the catalogue updates. So you won’t need a Bluetooth remote.

Plus, you’ll be able to play every release from Xbox Game Studios and Bethesda from day one, as they’re included at no extra cost as part of your subscription and are also launchable from the cloud.

Subscribers of the PS Plus Premium subscription level have access to streaming in the cloud to enjoy games from generations before PlayStation 5.

The library currently contains over 800 titles and counting. Games like Uncharted: The Lost Legacy, Rainbow Six: Siege, Assassin’s Creed: Valhalla, The Last Guardian, The Last of Us, and Horizon Zero Dawn are available at no additional cost.

This same subscription also allows you to save your streaming game data to the cloud, so you can pick up where you left off later if you decide to play locally on your PlayStation 4 or 5 console.

This service, created by Nvidia (one of the leading GPU designers in the industry), is a cloud gaming service that works a bit differently than the others.

Unlike the previous ones, in GeForce Now, the subscription allows you to play remotely using Nvidia’s servers but on your library of games that already exist on platforms such as the Epic Games Store, Steam or Origin.

GeForce Now is especially interesting for titles that require prohibitive hardware to play in Ultra graphics without having to invest so much money in a new computer with the latest graphics card on the market.

You won’t be able to try new games on a huge virtual library, but you can play your collection of PC games wherever you want, on any device, thanks to the cloud.

It is not compatible with 100% of the games that make up the catalogue of these digital stores, but it has more than 1,400 compatible titles, so all the great titles are included.

It offers a free modality with sessions of a maximum of one hour and two other paid subscriptions with ray tracing and DLSS, Nvidia’s artificial intelligence-powered super-sampling technology.

The e-commerce giant has also dipped its head into the cloud gaming sector.

Its streaming video game service is called Amazon Luna. It allows you to play from anywhere you have high-speed Internet access with the guarantee of Amazon Web Services servers.

Amazon Luna is compatible with a wide variety of devices:

The platform can reach 4K resolution at 60 images per second. To achieve this, a connection that exceeds 35 Mbps download is required. For online mobile, to play at a Full HD 1080p resolution, up to 10 GB per hour can be consumed.

Also Read: The cloud: The Great Trend To Facilitate Teleworking